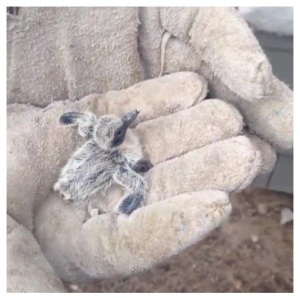 “Look at the birds of the air; they do not sow or reap or store away in barns, and yet your heavenly Father feeds them. Are you not much more valuable than they?” Matthew 6:26

Nature is a tricky thing. At times I find myself marveling at the wonder and beauty God has so meticulously created in the painted skies, detailed markings on butterfly wings or vivid colors of beetles, birds and flowers. Other times I feel overwhelmed by the powerful reality that monstrous storms create or the harsh and brutal knowledge that there is indeed a food chain.

For the past two months we have been host to a sweet mama bird and her three little eggs. Our son has become so attached to this bird, that he has adopted her as his “pet” and aptly named her “Sing-y Bird.” Last year, we also had a mama bird make her nest in one of the eaves of our house, but unfortunately during monsoon season her nest got blown away along with her little eggs and one baby bird. We came home from vacation to find pieces of nest and egg on the ground and one of her babies under a bush. That baby had sadly not made it. We felt sad, but knew that Mother Nature had indeed run its course.

This year, our mama bird friend found a more suitable eave for her nest and we felt confident that this year all her babies would make it. We watched her build her nest from scraps of newspaper, leaves and other brush from the ground. Our kids would say “Hello birdie” anytime we left the house and we would feed her the scraps of bread from our breakfast toast. Mama bird appreciated our efforts and became part of our daily life. As a mother, I took my own opportunity to teach the kids about nature and birds and I was secretly relieved this year when our mama bird and her eggs made it though monsoon season.

Eventually, we found one of the eggs in the dirt below. We scooped it up and hoped that the other two would meet a different fate. Violent dust storms blew through the area and still our mama and her two babies remained. Rain storms pelted the house and the roof and our little eave, but still our mama and her two babies remained. My kids loved seeing the mama bird and I would give her a knowing wink communicating to her that we were somehow “sisters” and that “we were in this together.” After all, we are both mothers. But nature is a different bird. So to speak.

Last week as we were about to leave for a bike ride, my husband noticed one of the baby birds on the ground struggling around in the dirt. The helpless little grey bird had fallen from her eave as the mama bird sat up in her nest tending to her remaining offspring and seemingly ambivalent about the one writhing around below. We did what most people would do. My husband grabbed a ladder and put on some gloves and scooped up the baby bird, returning it to its nest as the children watched on. I breathed a sigh of relief knowing that the baby was once again safe under his mama’s wing and back in the nest he had called home for the past several weeks. But deep inside where mommy’s keep their intuition, I had a sinking feeling about this little fuzz ball.

You see, nature is all about the struggle. Ever seen a butterfly working to emerge from its cocoon? Ever seen the thousands of sea turtles break from their eggs and make the journey to the water’s edge before embarking on a journey that will either end in life or death? The struggle is not only important for the creature, it is imperative. Without the struggle the butterfly or the turtle or even the bird will not gain the strength they need to survive the harsh world they will become a part of. Our little birdie was no different. My husband was worried that the bird would be back on the ground when we got back from our ride. I tried to explain that even if that bird was on the ground when we returned that there were just some things we couldn’t fix. He thought I was being mean so I told him about the butterflies, the sea turtles and Robbie Hart, the Wedding Singer, who lives in his sister’s basement exchanging voice lessons for meatballs.

I told him that eventually, our little birdie friend would either need to learn how to fly or he would not have the strength to survive the world he was entering – he needed the struggle of flapping and flailing about in order to gain the strength to learn how to fly. It felt harsh even speaking these words out loud. I knew in my heart (in a place that I don’t like to think about too often) that I felt the exact same way about my own kids. As callous as it looked for that mama bird to just watch as her baby bird struggled on the ground below, that is how nature works.

And as callous as it may seem, when that time comes for my own children I know that no matter how hard it will be for me to see them struggle and flail from a distance that if I do not allow them to struggle, they will not thrive. I cringe at thinking that this time is nearer than I would like it to be. I feel like I am in a race with the clock to teach them everything they need to know before they enter that big world. I keep them tucked under my wing as much as I can, while trying to afford them freedoms so they can test out their own wings. I pray for them in the morning, during the day, at night and every single moment in between. I go to sleep at night wondering if I covered all the bases and then try not to think about how big they are becoming and how one day my son won’t say things like “Why do teenagers always run around without their parents? I won’t be like that, Mommy. I like being with you and Daddy and Sissy.” Sigh.

Nature, nurture…whatever it is, this raising kids business is not for the faint-hearted. One day my kids will test their little wings and I hope and pray that they soar. I mean really fly. And I will miss them something awful. But I also pray that God will guard my heart to bear seeing the struggles they will encounter because I just know that is gonna hurt and I am going to want to do everything in my power to scoop them up and put them back in their nest…and I know that won’t solve anything.

The little birdie that fell earlier in the week fell again today. The kids and I were gone most of the day running errands and when my husband returned from work, he found that once again the little fuzzy bird had fallen. But this time nature took its course and scooping him back up and placing him back in the nest was no longer an option. Mama bird sat content in her eave with her last remaining baby and I gave her a mournful look with my eyes downcast as if to acknowledge our shared sadness.

Nature can be a tricky thing indeed.