Home › Life Lessons Through Sports › You Got This 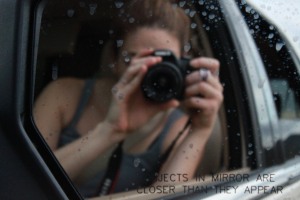 Setbacks happen. Take a good look, dust yourself off and get back in the game.

In 1988, I watched the men’s US volleyball team defeat Russia to win gold at the Seoul Olympics.

Smaller, younger and not as strong as most athletes, my seat on the bench affirmed that I needed to work harder than everyone else if I was to see any court time. I had big dreams and loved the sport so even though my body told me I didn’t measure up, my mind was determined to tell me that I did.

The summer before my sophomore year of high school, I turned fourteen. I also grew about five inches over the span of a year and had been practicing something that I was excited to showcase at my volleyball tryouts in August. We were getting a new varsity coach and I had my sights set on making that team. With four returning senior starters, this was not likely especially since I spent my freshman year as a setter on the “White” team. The White team was comprised of the girls who were not big enough or good enough to be on the Orange team – if you were on the White team with me, I am sorry to burst your bubble but we were not the good team.

When tryouts arrived on 8/8/88, I was excited as usual. I spent most of the summer watching and playing volleyball as I had done every summer since I was nine. I practiced a lot on my own. A lot. If there was a wall, you could be sure I was passing or setting up against it. If there was a roof, you could be sure I was hitting it up onto the roof and waiting for it to bounce down so I could pass it back up. No one had to ask me to practice. And when I saw Eric Sato jump serve in the 1988 Olympics, no one had to tell me to try it.

At a time when there was just a floater and a top spin standing serve, jump serving was reserved for the Olympians. It was almost unheard of at the collegiate level at this time as well. That summer I got my first jump serve. I practiced and practiced until I had taught myself to do it on a fairly consistent basis. I ended up making the varsity team, but not because of my jump serve. In fact, I was only allowed to practice the serve in practice, but could never use it in a match.

When we played our rival at the end of the season in their packed gym, nobody expected us to win. And nobody expected a little, skinny fourteen year-old to jump serve. Which is why when I looked over at my coach on the bench and she gave me the thumbs up sign to hit my jump serve, I knew she had just given me permission to finish the game. I jump served the last three points of the game; the opposing team didn’t even make attempts to pass the ball. They were still watching me land when the ball hit the floor on their side.

That moment defined the start of  my volleyball career. It also told me when you set goals and work hard to achieve them, they might just happen. But one moment of success does not define you or me. We need to stay in the game, keep working to get better and learn to roll with the punches. My biggest challenge will always be to  remember how much time, effort and inevitable setbacks that come with getting good at something. The second biggest challenge for me is remembering that I won’t start off great at something, I will have to work to get it and I will have to make mistakes. Mistakes make me better, but only if I learn from them.

If you are passionate about something and you believe in something, no one and nothing will stand in you way. I can guarantee that.