Contesting a play to reverse the call.

It’s safe to say our sport has changed quite a bit in the past decade.

As a former player turned coach who has been told way too many times “things are different now …” and “you come from a different era of volleyball …” I’m just gonna put this out there: while the sport, its rules, its physicality (and its parents) may have changed, there are a few things that haven’t. 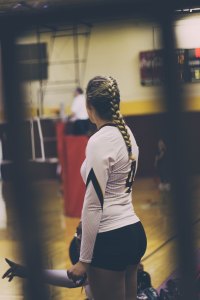 CHAMPIONS ARE CHAMPIONS – it doesn’t matter what era you come from, a champion is a champion. How do you determine who the GOAT is for your sport? Statistics, data, court/field presence, leadership abilities, influence on the sport? You can analyze it and dissect it, but when you see it you know it and it’s hard to deny it. Think those players could compete by today’s standards? Who knows. Think those players would scrap, adapt and lead their teammates to empty the tank in every contest? Absolutely. Sport changes, the mental fortitude of a champion does not.

Regardless of when they played, competitors live with a nagging sense that complacency is not a place they want to be in for a very long period of time and we know one when we see one.

TRAINING MAKES A DIFFERENCE – You may be hard pressed these days to find a Division I volleyball program who does squat jumps in the Smith’s machine or step aerobics with men’s basketball, but what you won’t find is any great sports program or great athletes NOT TRAINING. It doesn’t matter when you played or when you will play, training is still a difference maker between the top teams and the not so top teams. Your team practice in the gym or on the field will teach you the game, your strength and conditioning training will teach you everything in between: grit, perseverance, intrinsic motivation and mental fortitude, to name a few.

IF YOU WANT IT YOU’LL GET IT – I don’t care if you played twenty, thirty or forty years ago, if a team or a player wants it bad enough, they will figure out a way to get it. The 1950’s football player who just came back from fighting in WWII hit players as hard as their equipment allowed them to hit. Ray Lewis hit people as hard as his equipment allowed him to hit. You want to compete? You’ll find a way to compete within the current parameters of your sport and you won’t make excuses for what you do or don’t have.

CHARACTER STILL BEATS TALENT – No matter how many changes they make to the rules (or the uniforms), people still want to play with and coach the people with the best character. The most valuable character traits may vary from team to team or coach to coach, but good people are just better to play with and way more fun to coach. 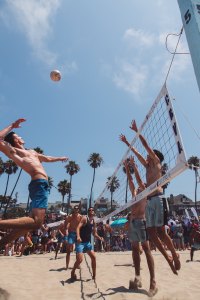 So, while the game and the rules continue to evolve and change, competitors and champions span decades.

You put any top volleyball athlete from the 70’s, 80’s, 90’s or even 2000’s in today’s game and though they may not be as physical, they will sure as heck work to adapt, compete with the best and not get off the court without giving their best effort and that’s what coaches from all era’s can agree on. Now, whether or not they make ’em like they used to is a different conversation all together and you can discuss that amongst yourselves.

P.S. Don’t forget to tune in to all the NCAA collegiate volleyball action this Thursday on ESPN.

Priscilla Tallman is a freelance writer in Phoenix, AZ. She has an undergraduate degree in Psychology and graduate degree in Clinical Psychology. She has written for FloVolleyball, Volleyball Magazine, The Art of Coaching Volleyball, Sweat RX, Gorgo Fitness Magazine, CrossFit Fury, The CrossFit Games and OPEX Fitness. She is married with two children and in a former life played collegiate and professional volleyball in the 90’s back when rocks were used as volleyballs and dried papaya leaves were strung across prehistoric bison sinew for a net held by two cave people – no antenna, no video replay, anything goes, winner takes all style.